On the 171st episode of Audioface:

REVIEWS: "Nobody Is Listening" by ZAYN, "Heaux Tales" by Jazmine Sullivan, and "Whole Lotta Red" by Playboi Carti.

Grammys have been delayed because covid-19 is not being handled in the US (but the Audioface Awards are up on YouTube!). DOOM was supposedly close to finishing a new project before his untimely demise (our DOOM bonus episode is up on YouTube as well). The Nobody Is Listening review. Fauci gives an update on post-covid concerts. The finalized Brexit deal might ruin live shows whenever they do come back. Dr. Dre is released from the hospital. The Heaux Tales review. Indie outfit Animal Collective is scoring a documentary about Soundcloud rap, and Lana Del Rey gets into more trouble in her album roll out.

On NO CHILL ISLAND 17: We listened to Whole Lotta Red so you don't have to. Kim and Kanye are splitting up, YFN Lucci turns himself into the police, Snoop Dogg lights CNN's new years coverage up, and Drake's hilarious haircut.

Subscribe to Audioface wherever you're listening so you always get new episodes. Follow @audiofacepod on Twitter, Instagram, or YouTube for extra Audioface.  Check out Syndicate 23's semi-monthly news and politics show Power Report if you haven't already (and catch videos on the Dan From The Internet YouTube channel).  We appreciate it, and you.

(sorry for the late episode. my hard drive crashed and i had to replace it and reset my computer before posting this! - dan)

On the seventy-eighth episode of Audioface: Well, this is awkward. We planned to review new albums from Offset, Gucci Mane, and 21 Savage, but, well....you'll have to listen to find out. Plus: Offset crashes ex wife-Cardi B's concert, Nicki Minaj's new boyfriend makes XXXTentacion seem tame, and Joe Rogan extends an olive branch to Kanye West. You'll regret missing it. Subscribe so that doesn't happen. THE 2018 AUDIOFACE AWARDS are coming next week! ...

On episode 118 of Audioface:Reviews: "JESUS IS KING" by Kanye West, "Pony" by Rex Orange County, "Cry" by Cigarettes After Sex, and "Bad Ideas" by Tessa Violet.New singles: "rangerover" by Porches, "Orphans" and "Arabesque" by Coldplay, and "Häagen Dazs" by Ghetto Sage.Kanye West expert and Audioface fan favorite Annie joins for an extended look into Kanye's latest album rollout, along with the JESUS IS KING review. Numerous artists have announced 2020 albums and you know we're  here for them. The Pony review. Lizzo responds to allegations that she stole her breakout song, and Frank Ocean's PrEP+ shows get criticized as they continue. The Cry review. Musicians boycott Amazon, and Juice WRLD sued for plagiarizing in his hit track "Lucid Dreams". The Bad Ideas review. One Tupac superfan gets caught up with the law, TMZ ratted Eminem out to the feds, and T-Pain is the best man to deliver bad news. Follow @audiofacepod on Twitter, Instagram, or YouTube for extra Audioface. We appreciate it, and you. Thank you for listening with us! ... 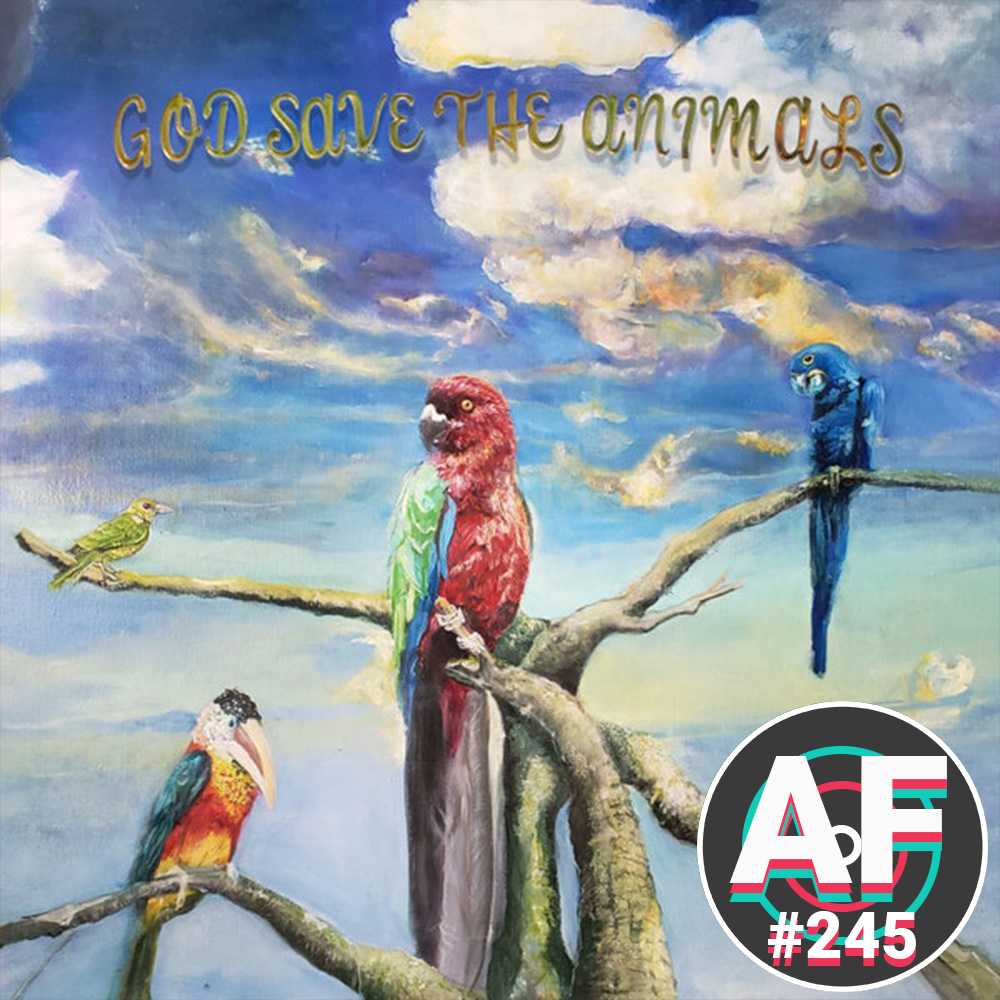 On Episode 245 of Audioface: REVIEWS: “God Save The Animals" by Alex G, “I Never Felt Nun” by EST Gee, “Natural Brown Prom Queen” by Sudan Archives Adam Levine's cringey sexts, take the wheel! For members: Keep a look out at your members feed -- Bonus episodes every week are just on the horizon and Syndicate 23 members get the first look at everything. The Muse bonus is in the Audioface Members feed and the podcast feed. Enjoy the surprises!  GET MORE AUDIOFACE WITH SYNDICATE 23 MEMBERSHIPMore info at join.syndicate23.co -- AUDIOFACE'S 2022 NEW MUSIC PLAYLIST:https://open.spotify.com/playlist/5re14dHv4E6iOA9yj1PmtB?si=480f679829c0471b SUPPORT AUDIOFACE!Subscribe to this podcast (or Follow on Spotify) so you don’t miss new episodes every week. Tell some friends about this show to keep it growing! We appreciate it, and you. Reach out to us: https://twitter.com/audiofacepod/https://intsagram.com/audiofacepod/https://www.youtube.com/audiofacepod?sub_confirmation=1 For advertising opportunities, email info (at) syndicate23 (dot) co ...